Down by the banks of the Mississippi, where the bull frogs jump from bank to bank…..

If you were a kid and memorized how to spell Mississippi with all the other kids, raise your hand!! What a fun word! Well anyway, that’s where it all began. Both raised in different states, their paths would have never crossed had they both not made the decision to serve full time LDS missions and that one decision would change their lives forever. With inspiration from church leaders and guidance from Heavenly Father, they ended up serving in the same mission in Mississippi. They crossed paths towards the end of their missions, serving in the same area, and realized that there was mutual affection. Because they were serving missions, they kept each other at arm’s length. Megan and Alex ended up coming home on the same day and that’s where it all got started.

Fast forward a few months, here we are!!! Their upcoming wedding is on December 16, 2016 and they’re getting married in the beautiful Ogden, Utah temple. 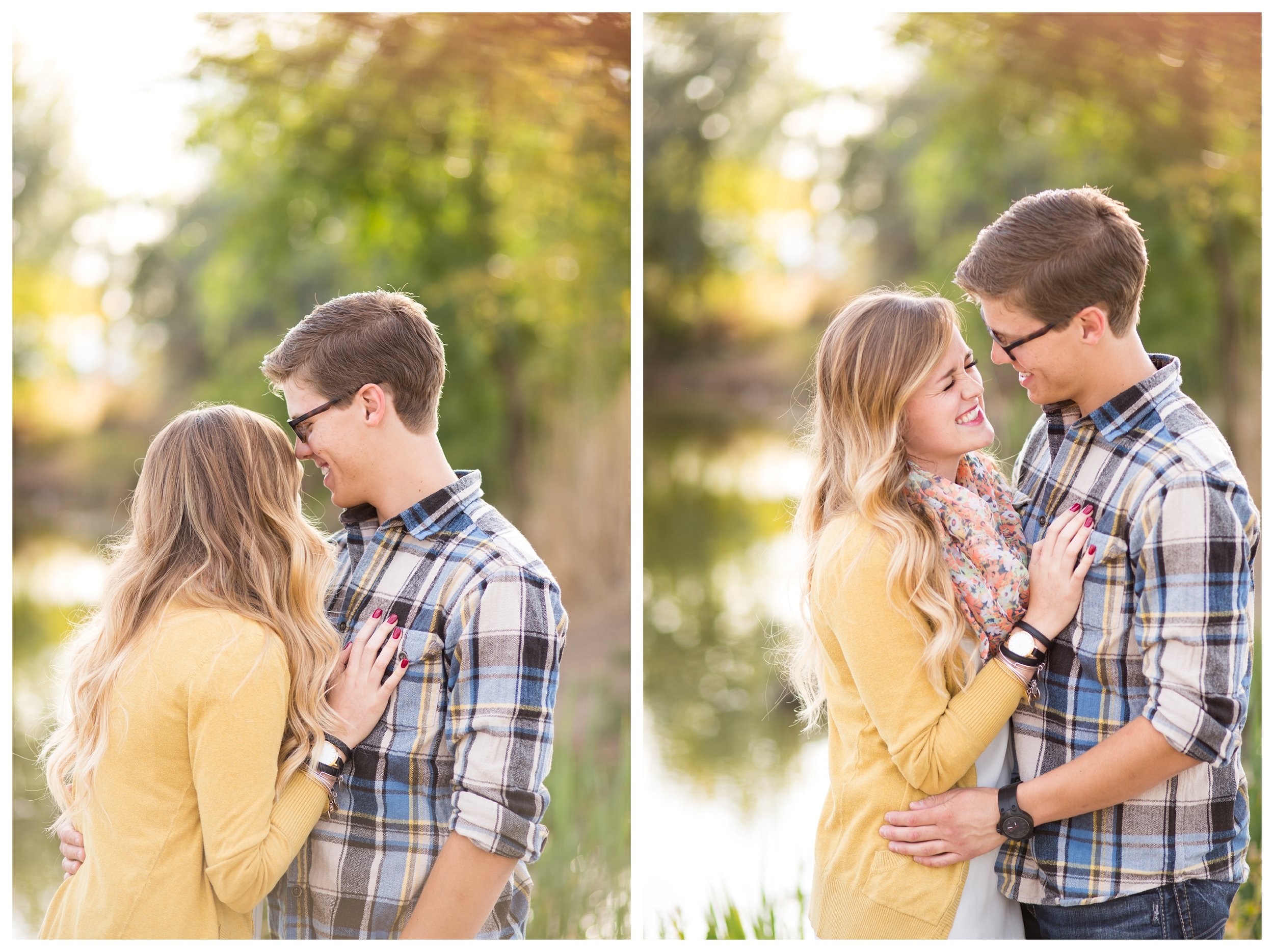 These two are so adventurous together. They absolutely love being outdoors and do wide range of activities. On the mission, they talked about a time that they got to go fishing and Alex taught Megan how to gut and prepare a fish. I couldn’t believe when they told me that she actually did it!! I did it all the time as a kid, but after years of not fishing, I just can’t handle it anymore now! Megan is willing to try new things, even gutting a fish. They often go hiking and camping and are anxious for the snow to come so they can enjoy some time out on the slopes. 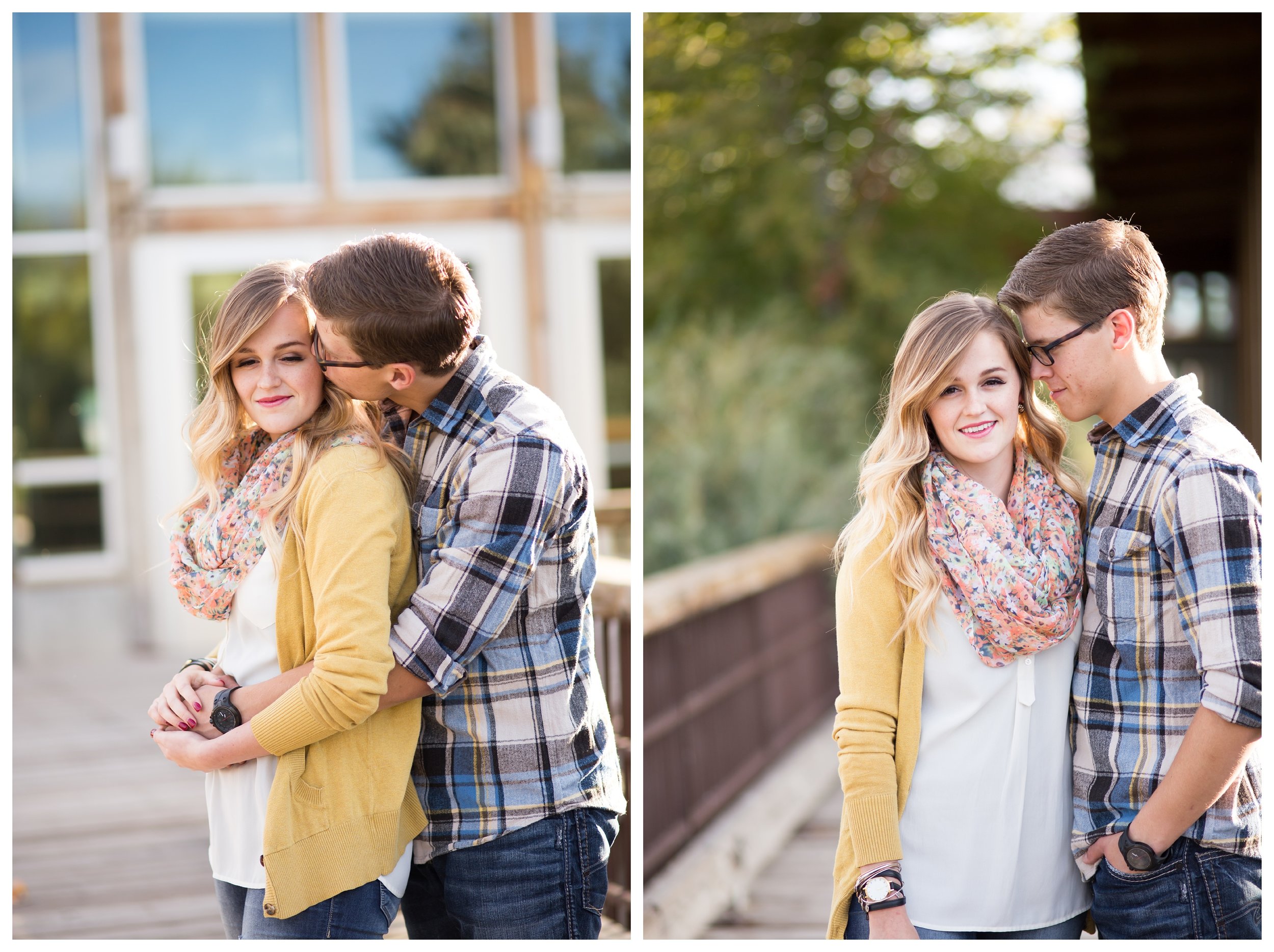 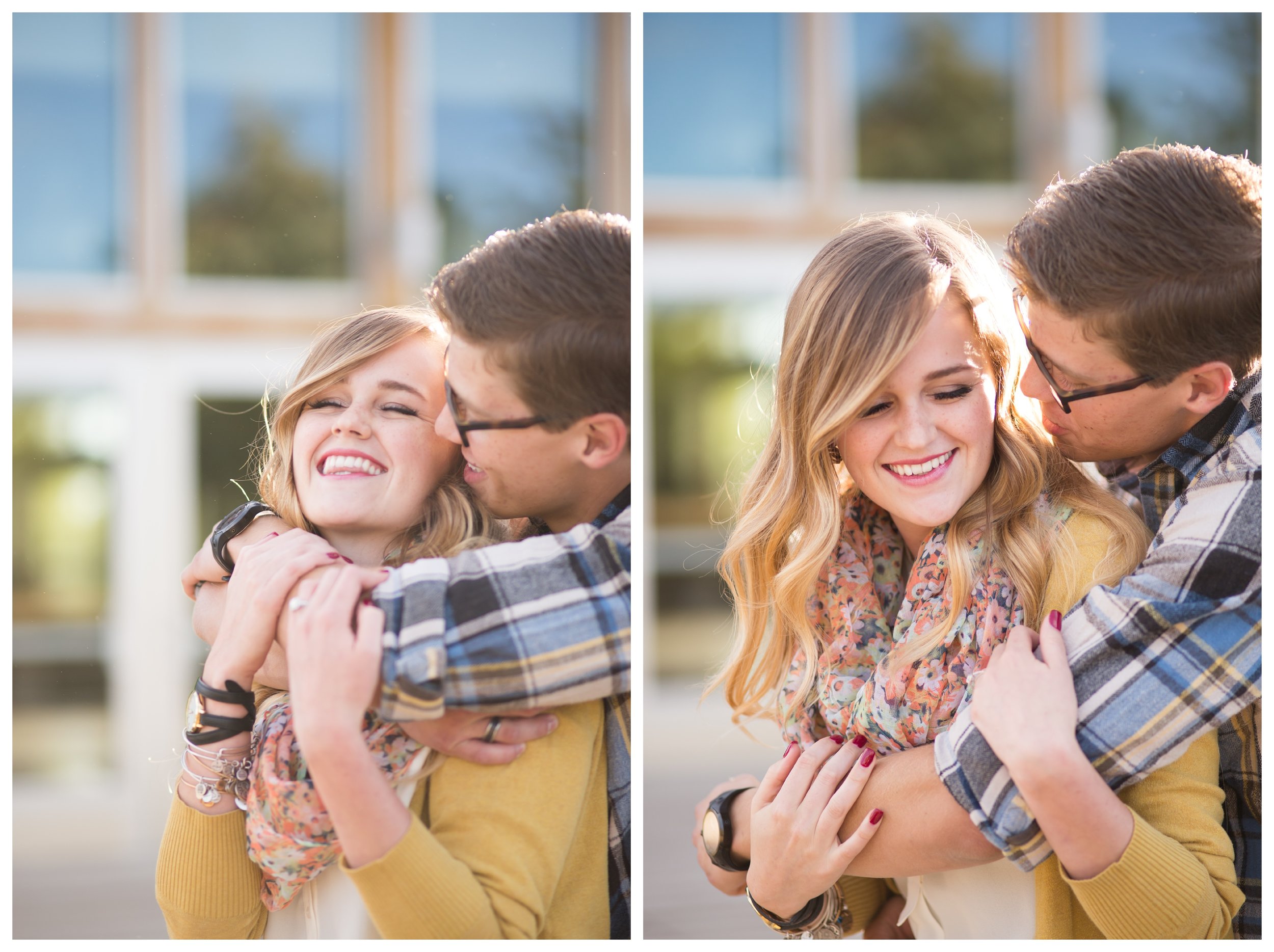 The one thing that I noticed and absolutely LOVED about Megan and Alex was how much fun they had together. Their happiness was contagious and I’m sure I looked like a smiling fool behind my camera. You just couldn’t get rid of those smiles on their faces even if you tried. They were so playful and completely love struck. 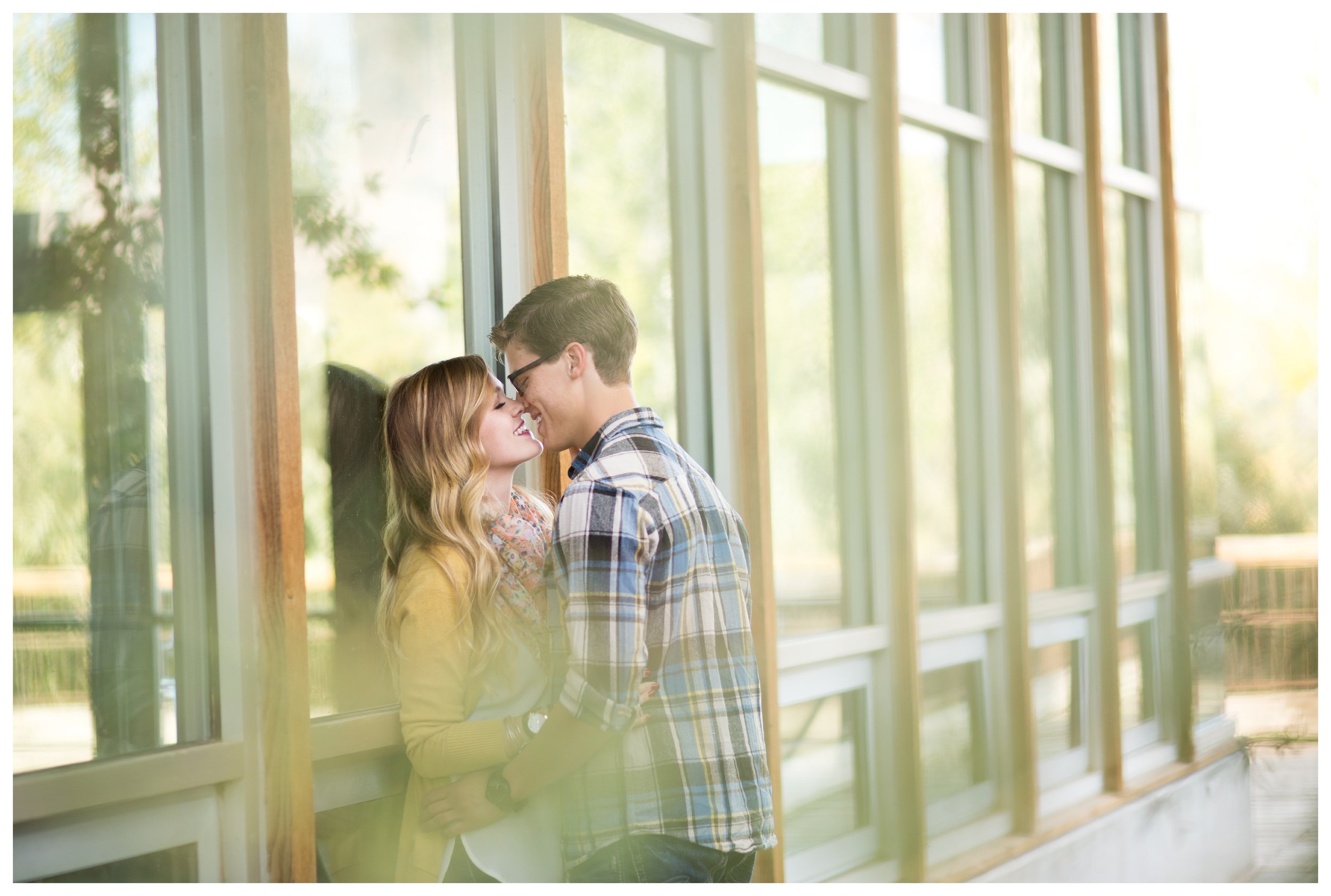 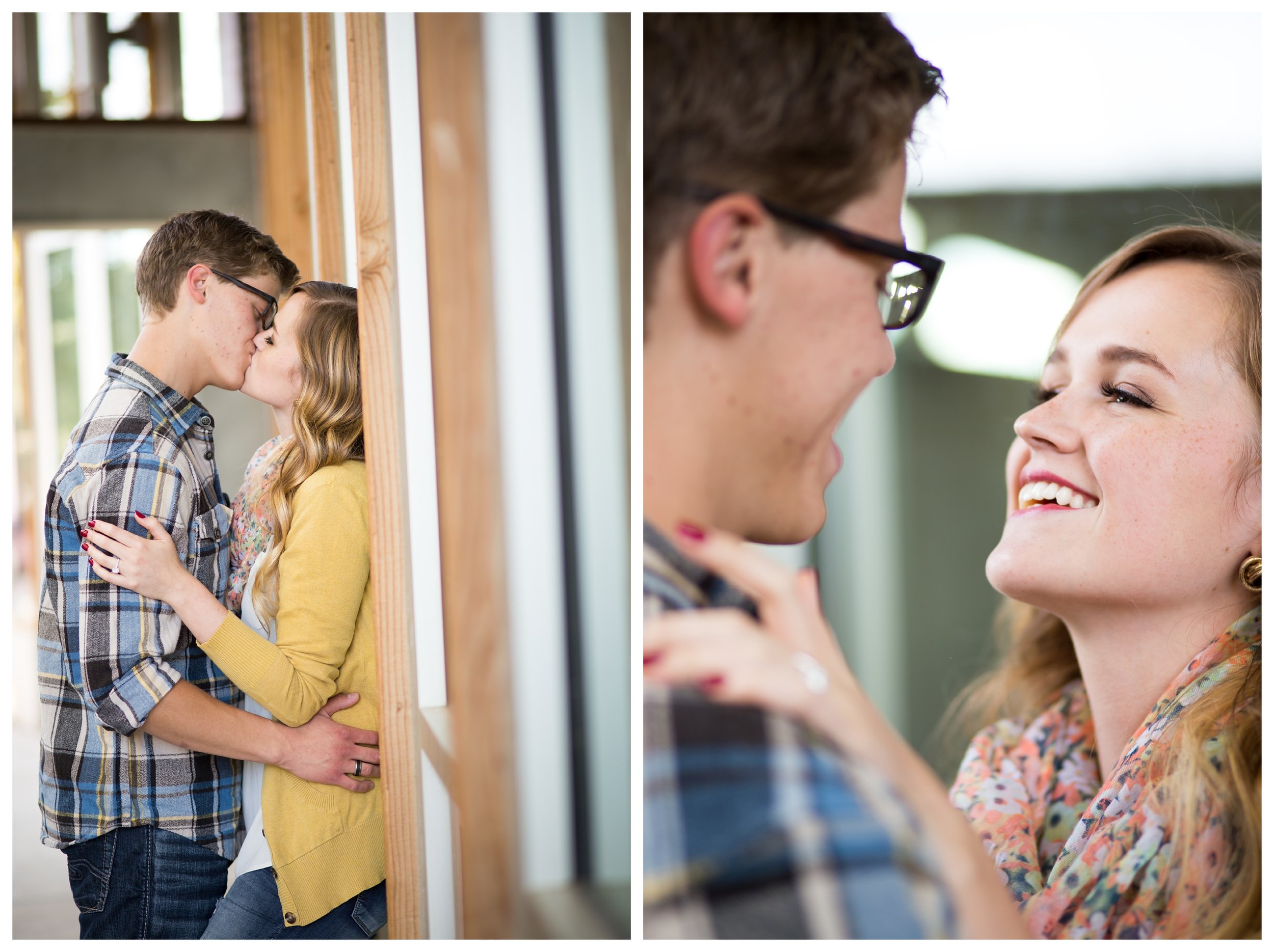 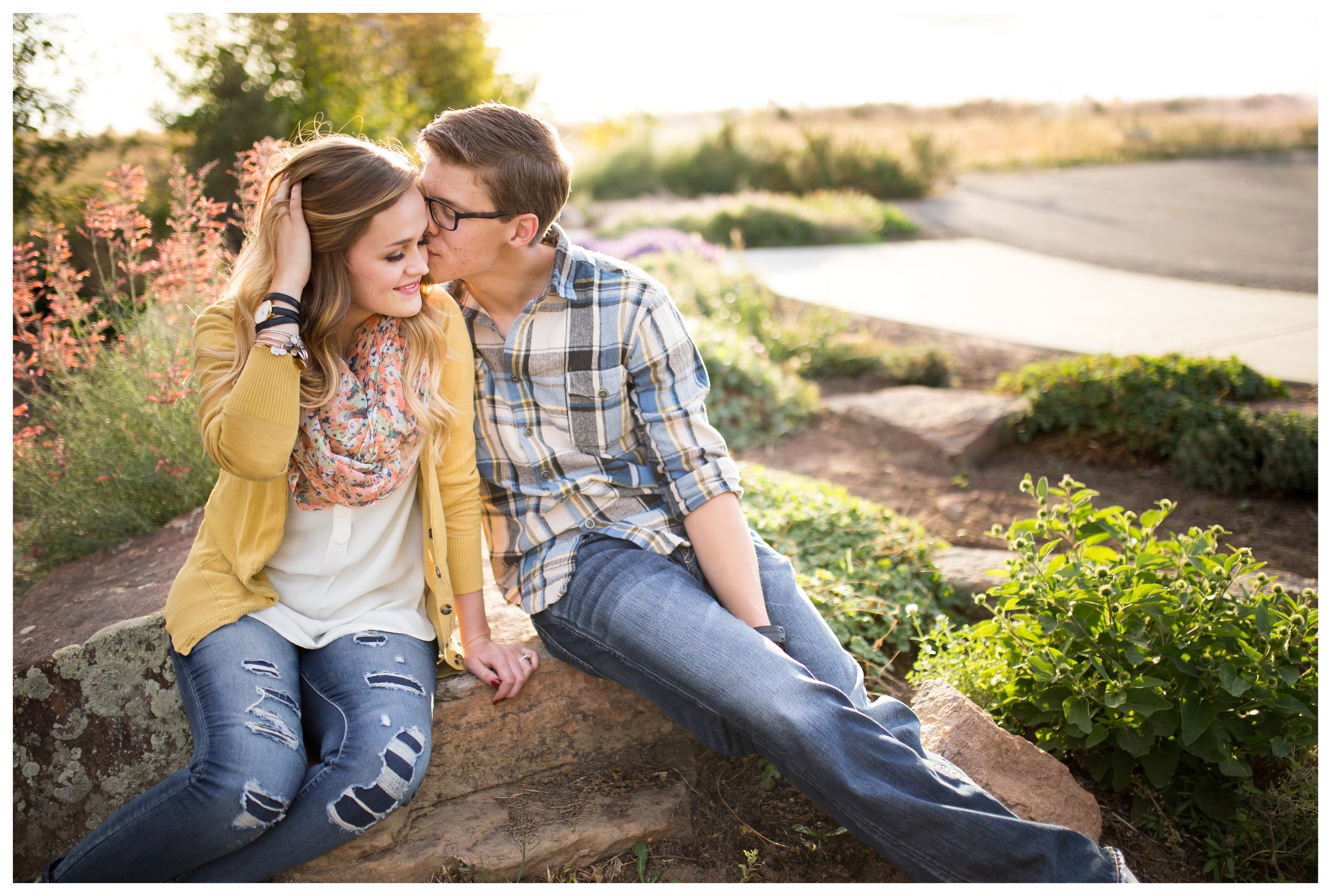 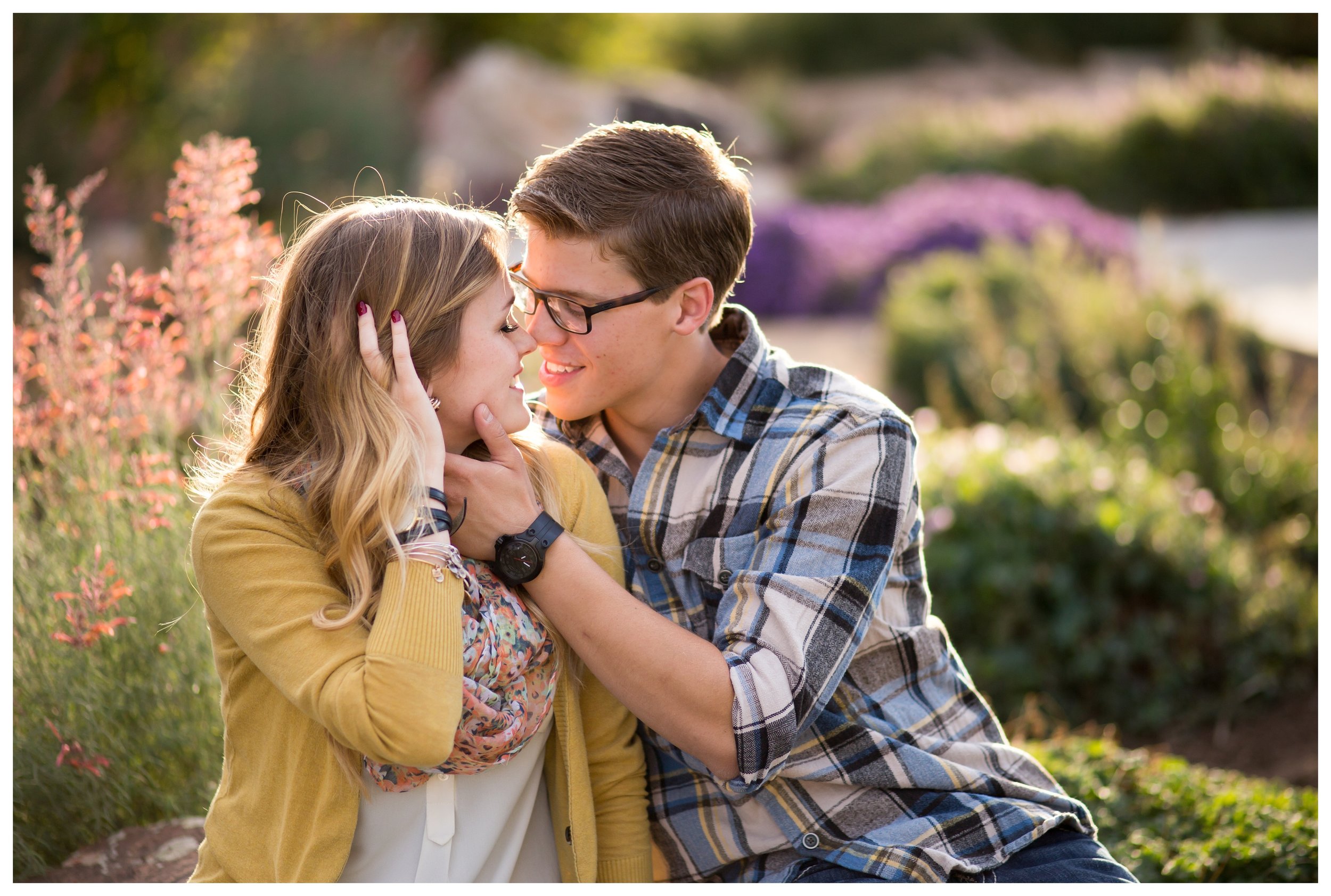 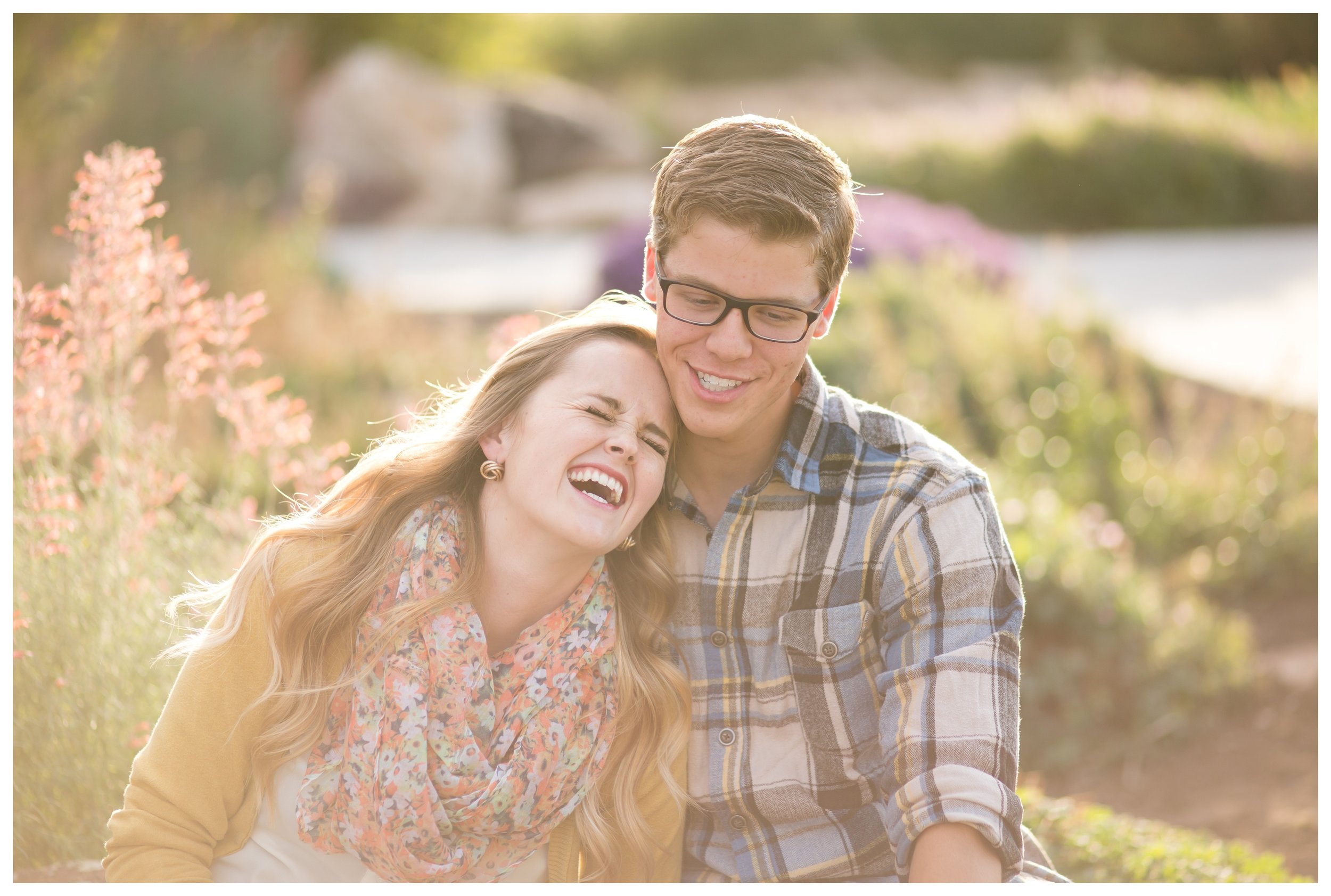 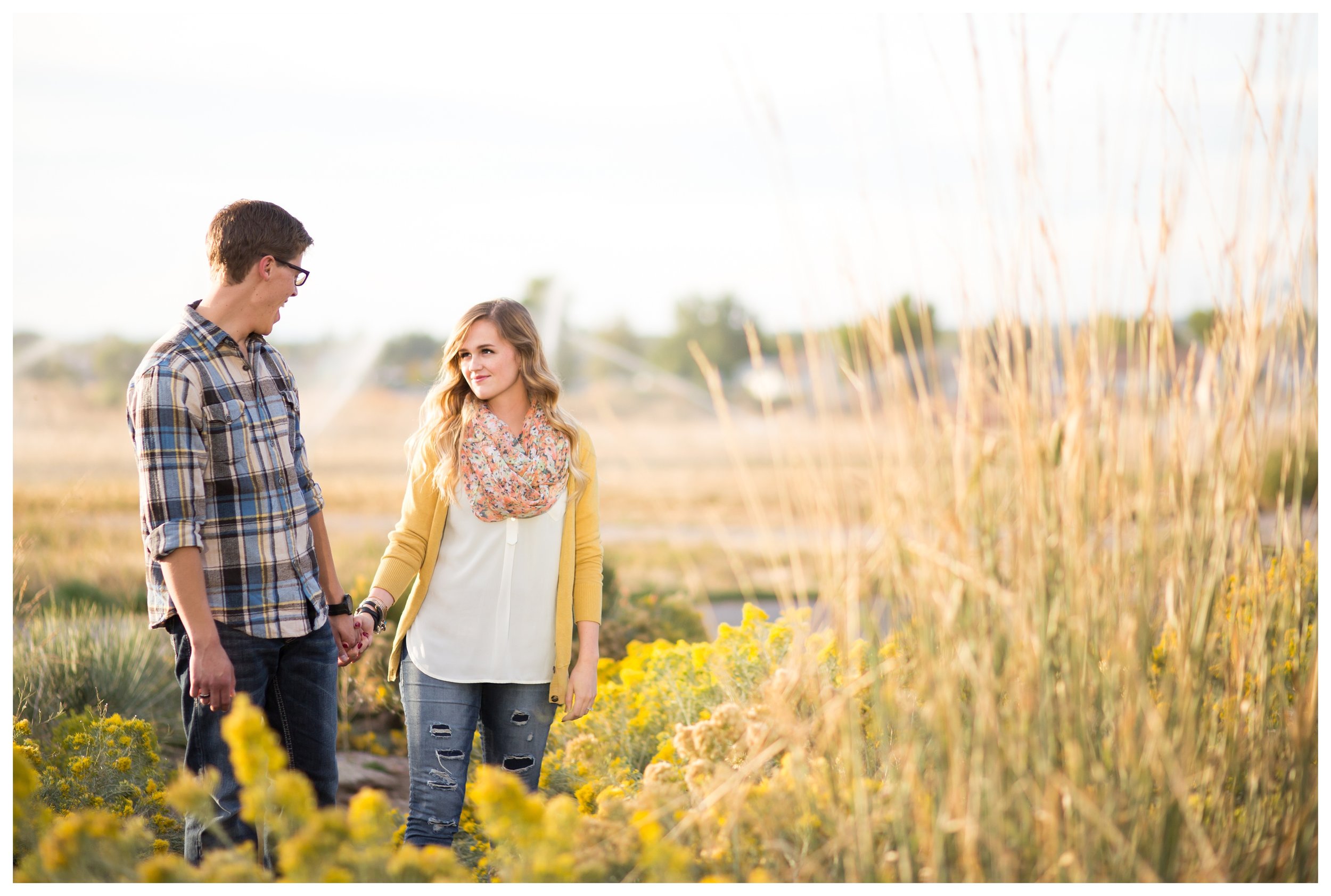 The Kaysville Botanical Gardens was such a perfect place to take photos of these two. We got a wide range of looks and enjoyed walking around the beautiful place. Megan had driven by the gardens many many times and never even knew it existed. It’s a little gem tucked away in Kaysville. And Megan and Alex were so incredibly photogenic!! They were naturally very affectionate and comfortable in front of a camera and so they made my job easy. 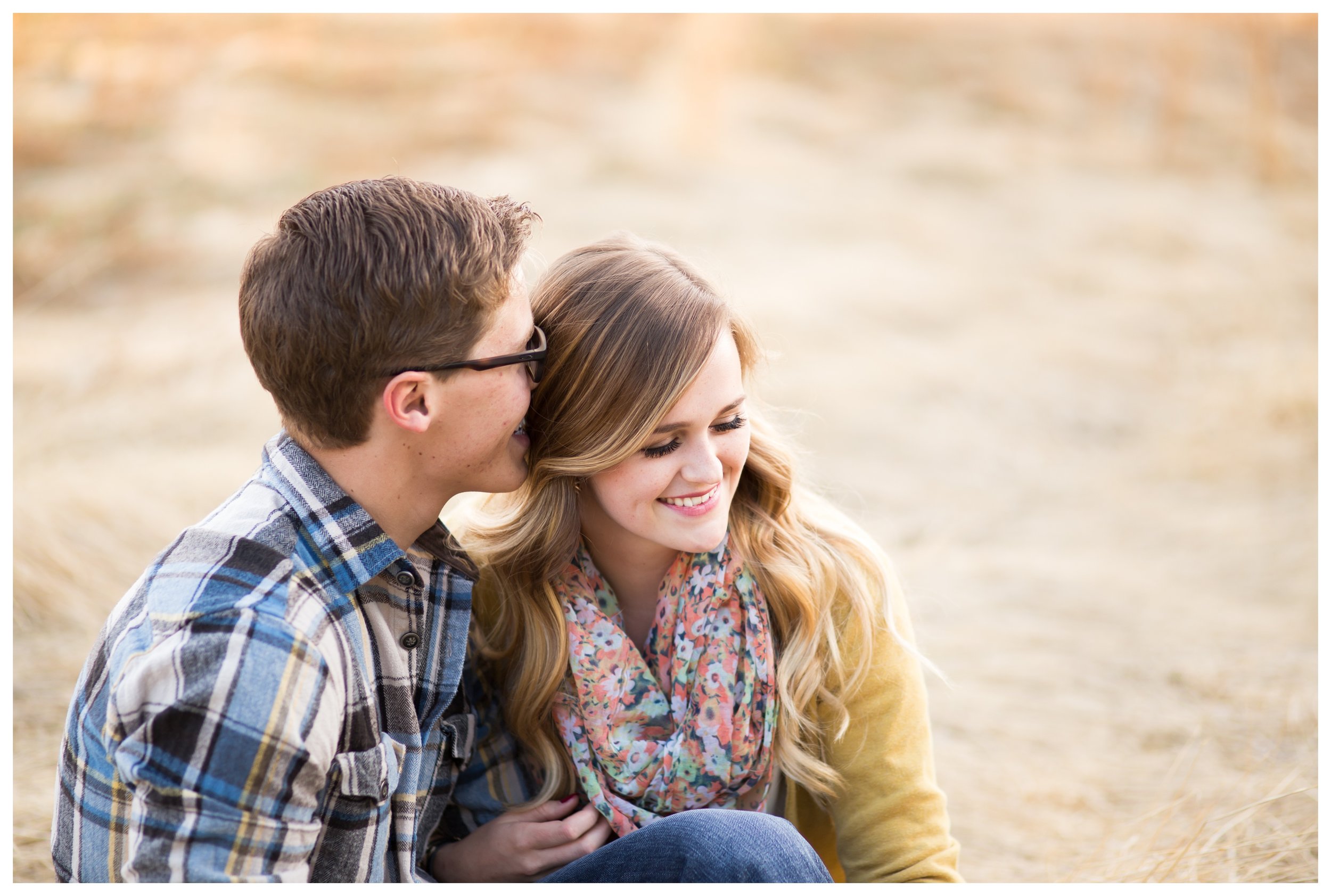 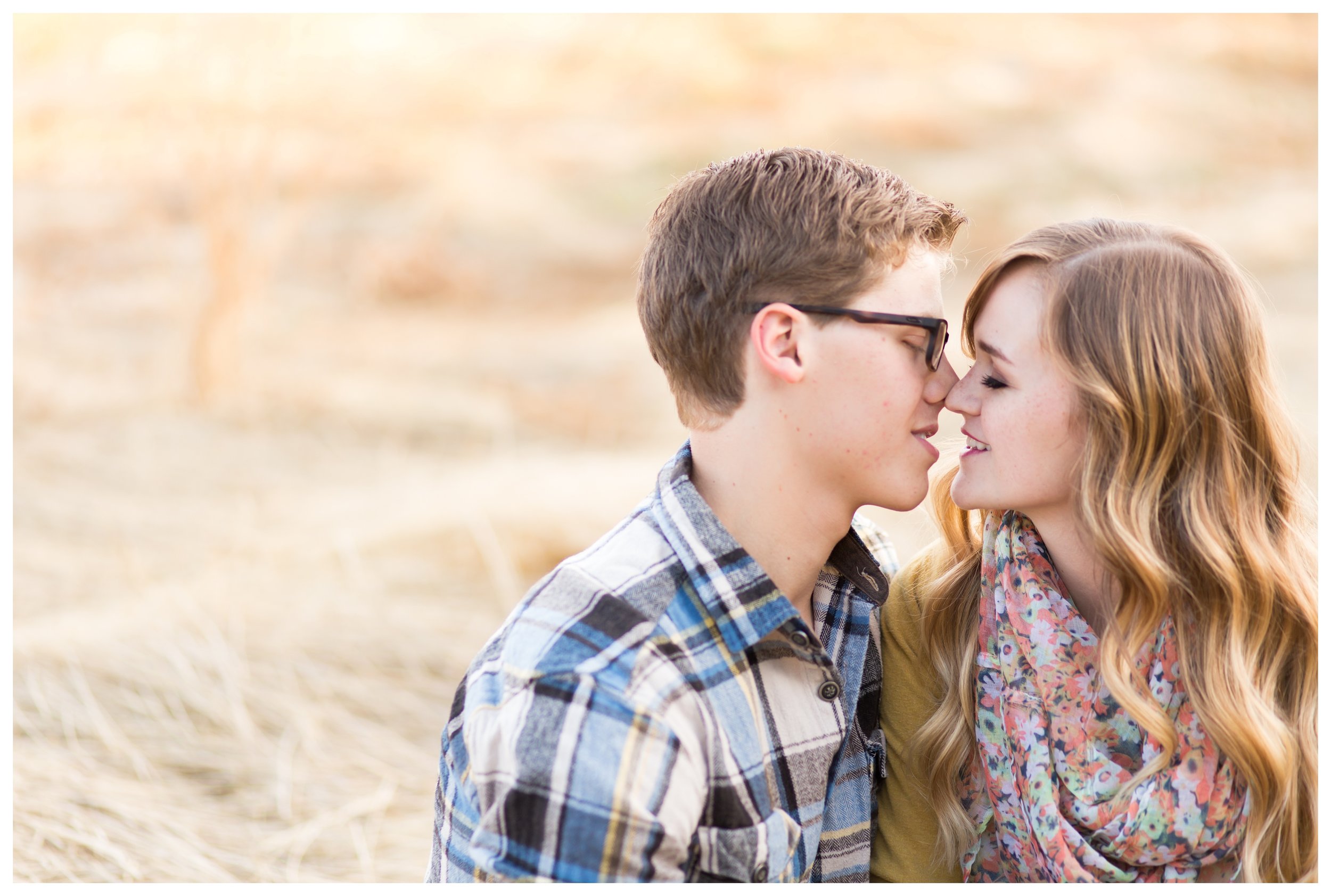 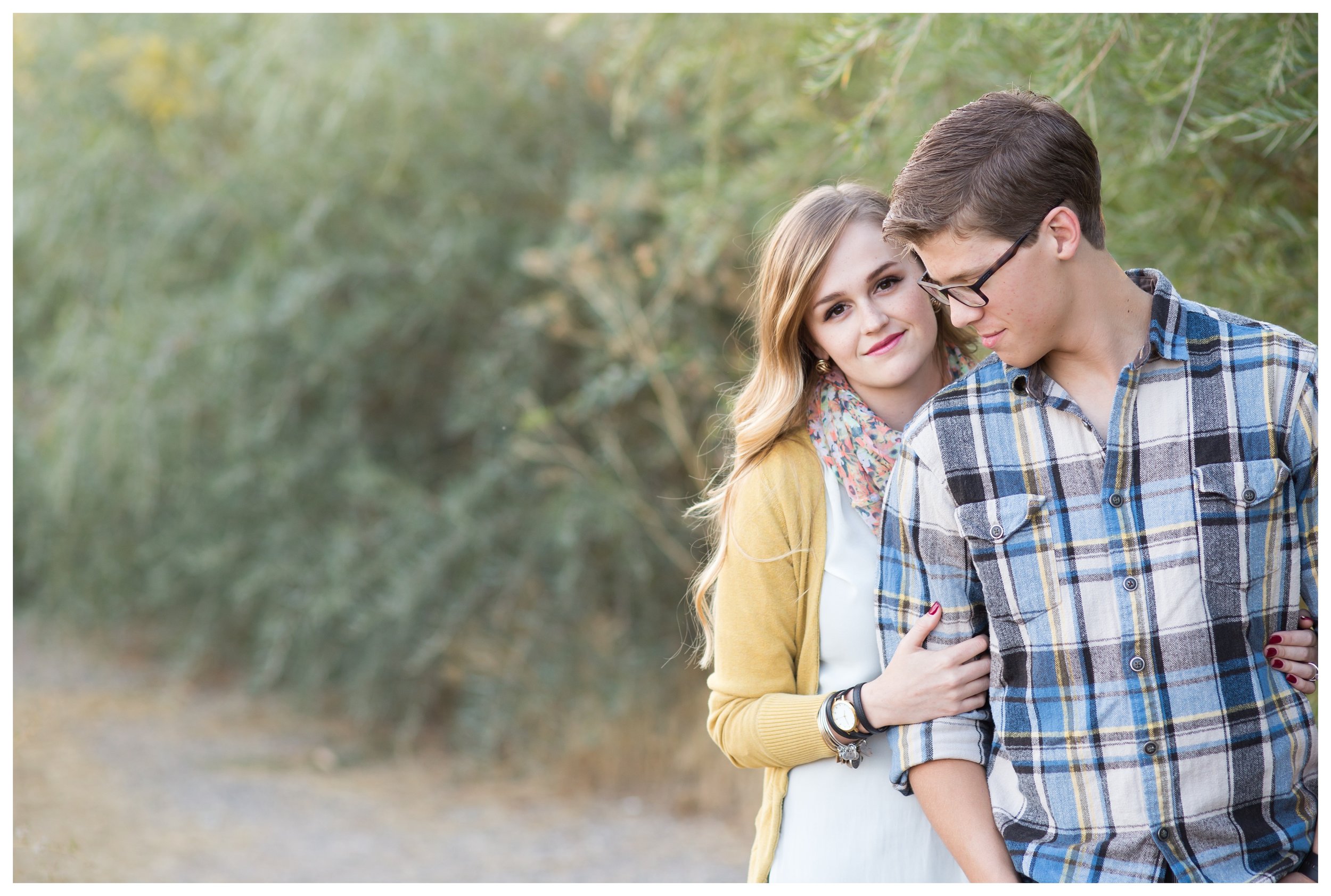 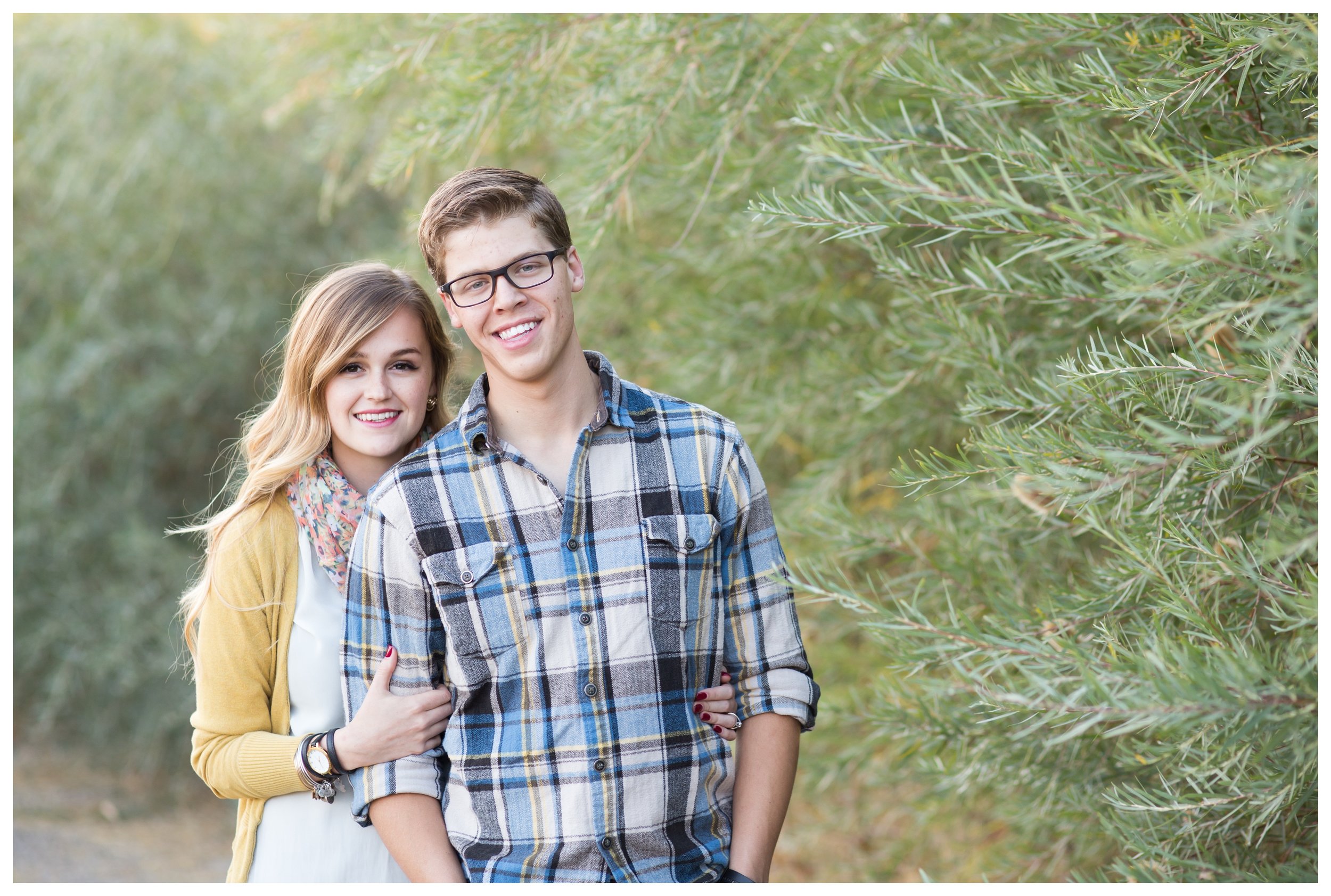 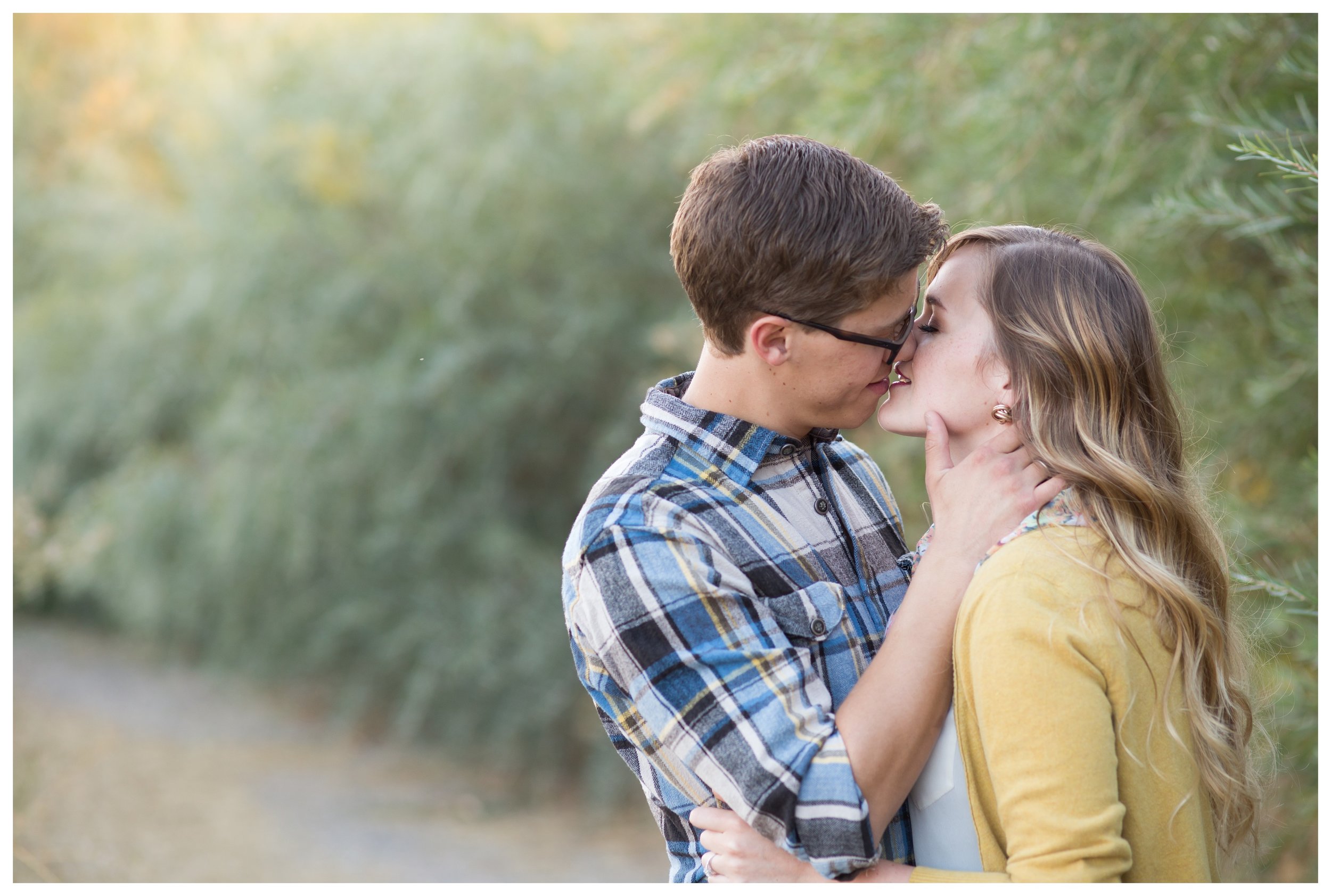 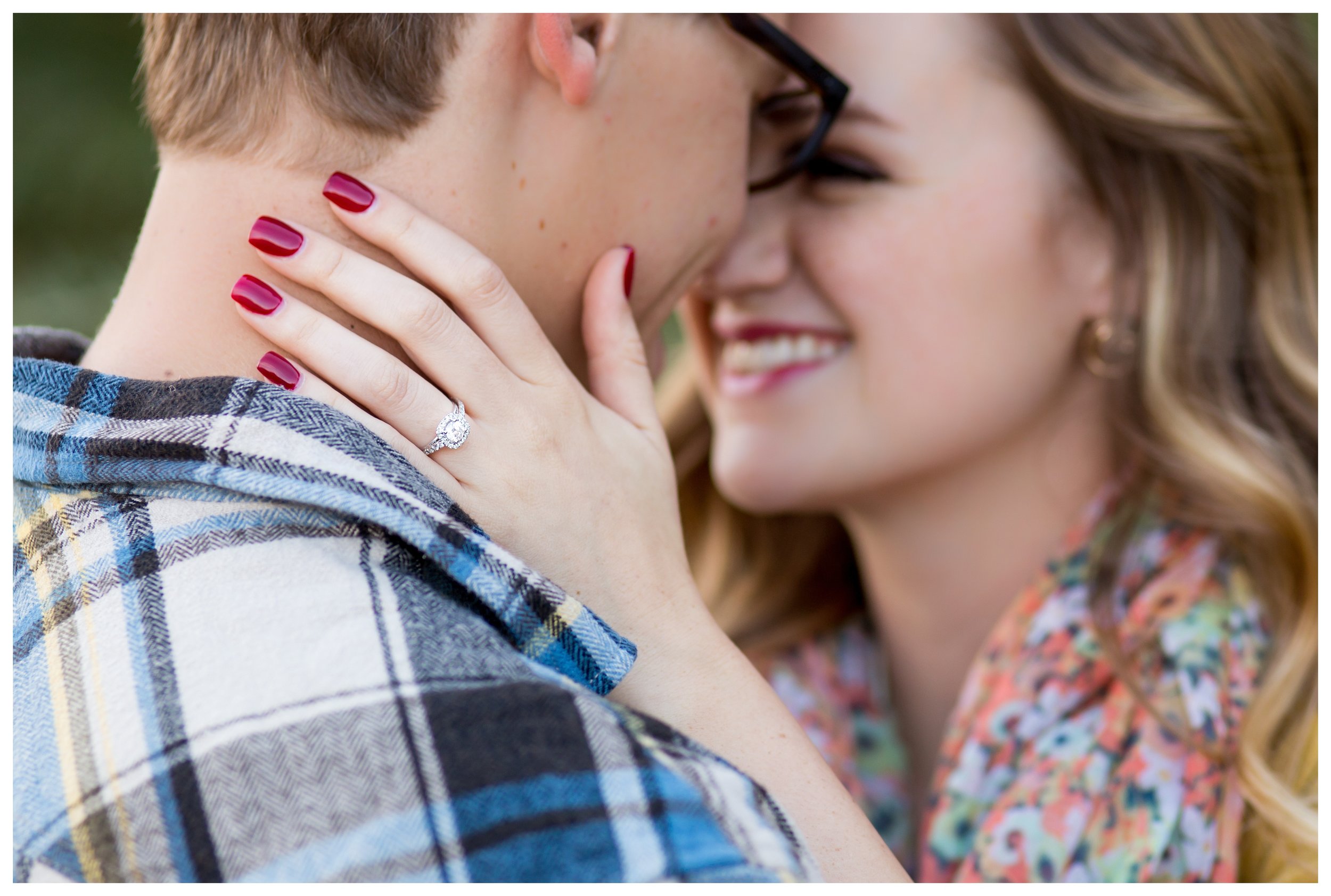