Which camera should I buy?

I cannot count the number of times I have been asked this question!!! And when I was starting out, I was asking this very question to everybody and their dog. Getting started can feel like the hardest part because everything can be so foreign depending on where you’re coming from. If you’re anything like me, I was a mom who wanted better pictures of her kids and food. I kid you not. I started out taking pictures of food. Here’s where I started, don’t judge. 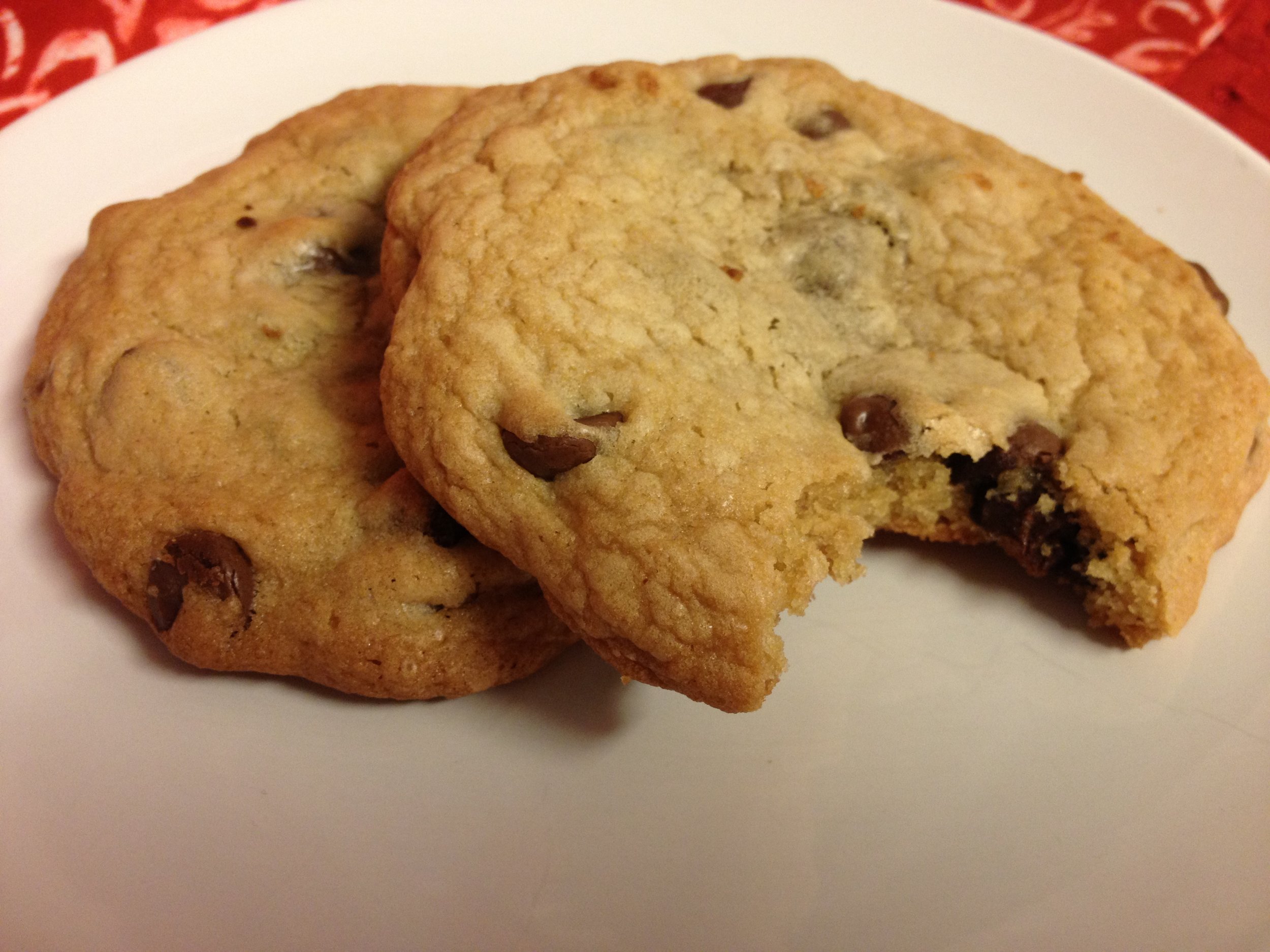 Yep. And I even PUBLISHED that scary photo on my blog! After buying a camera, a good lens, hundreds of hours of learning how to use it, forcing myself to shoot in manual, I actually improved!!! So there’s hope for anyone!! 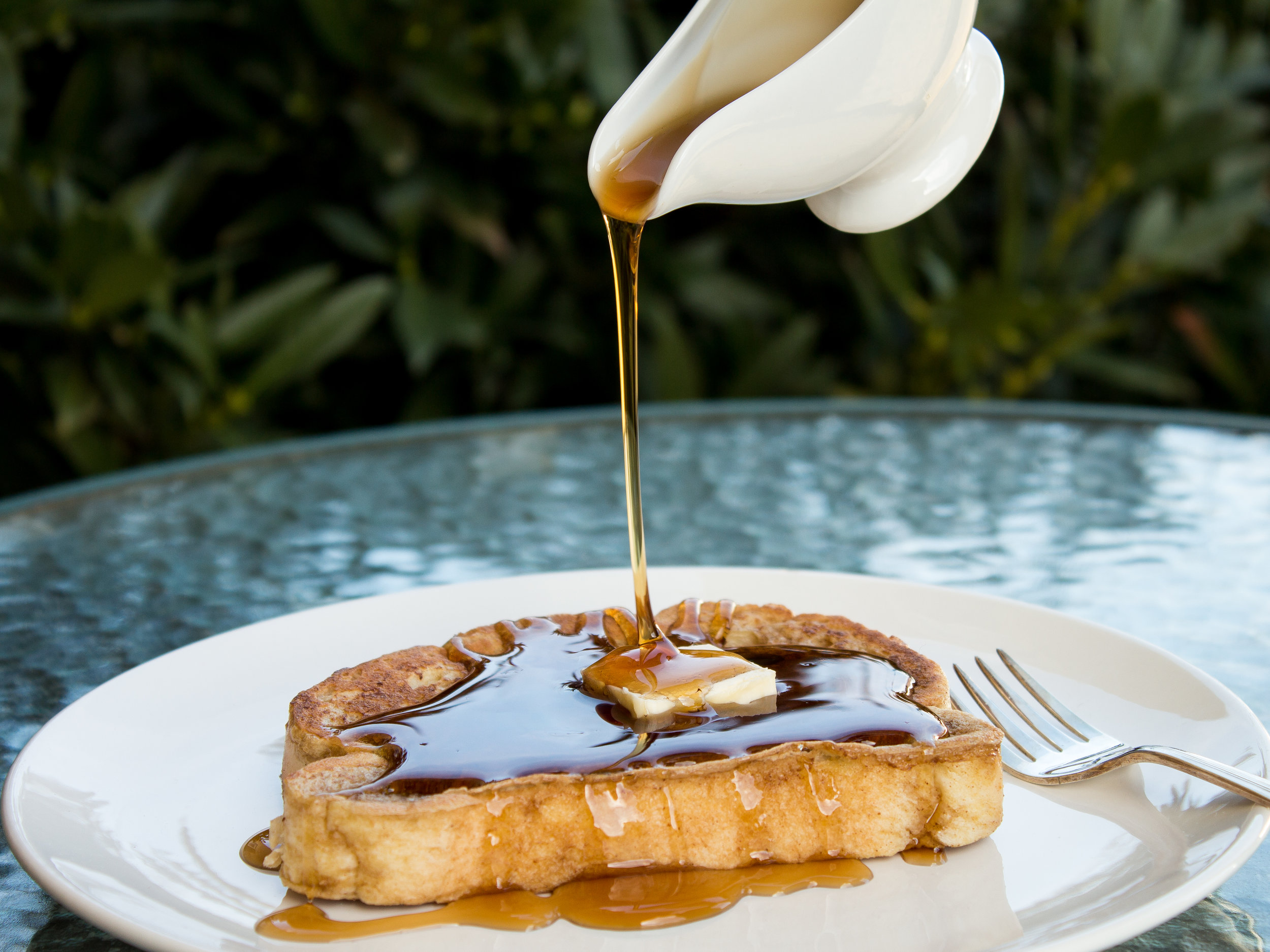 There are several different questions that you need to ask yourself when making this decision.

#1 What is your Purpose

This is huge because it will determine what kind of features you need to look at. Mine was to take pictures of my kids and food and to do that, you really don’t need anything terribly fancy. Now I’m a Utah Wedding Photographer and need something high end. If your needs are based on convenience in traveling, then you don’t want something huge. If you want to get into sports photography, you need something that has more frames per second.

#2 What kind of light do you anticipate working in?

As a wedding photographer, I am constantly shooting in less than ideal lighting circumstances. As a food and family photographer, I’m mostly controlling when I shoot so that I have lots of light. If you want to do Fresh 48 newborn shoots, you need something that’ll perform well indoors.

#3 How fast are your subjects moving?

This ties into the two above. And if you know anything about ISO, shutter speed, and aperture, you’ll understand why they relate. But if you’re like me in the beginning, I knew Zip, ZERO, Zilch. Nada. I was absolutely clueless. SO are kids running around at lightning speed? Is the food sitting still on the counter (I would hope so. Running food would scare the day lights out of me! Cloudy With a Chance of Meatballs comes to life!!! Dun dun duuunnnn….), are newly married couples dashing out into the darkness anxious to get away?? 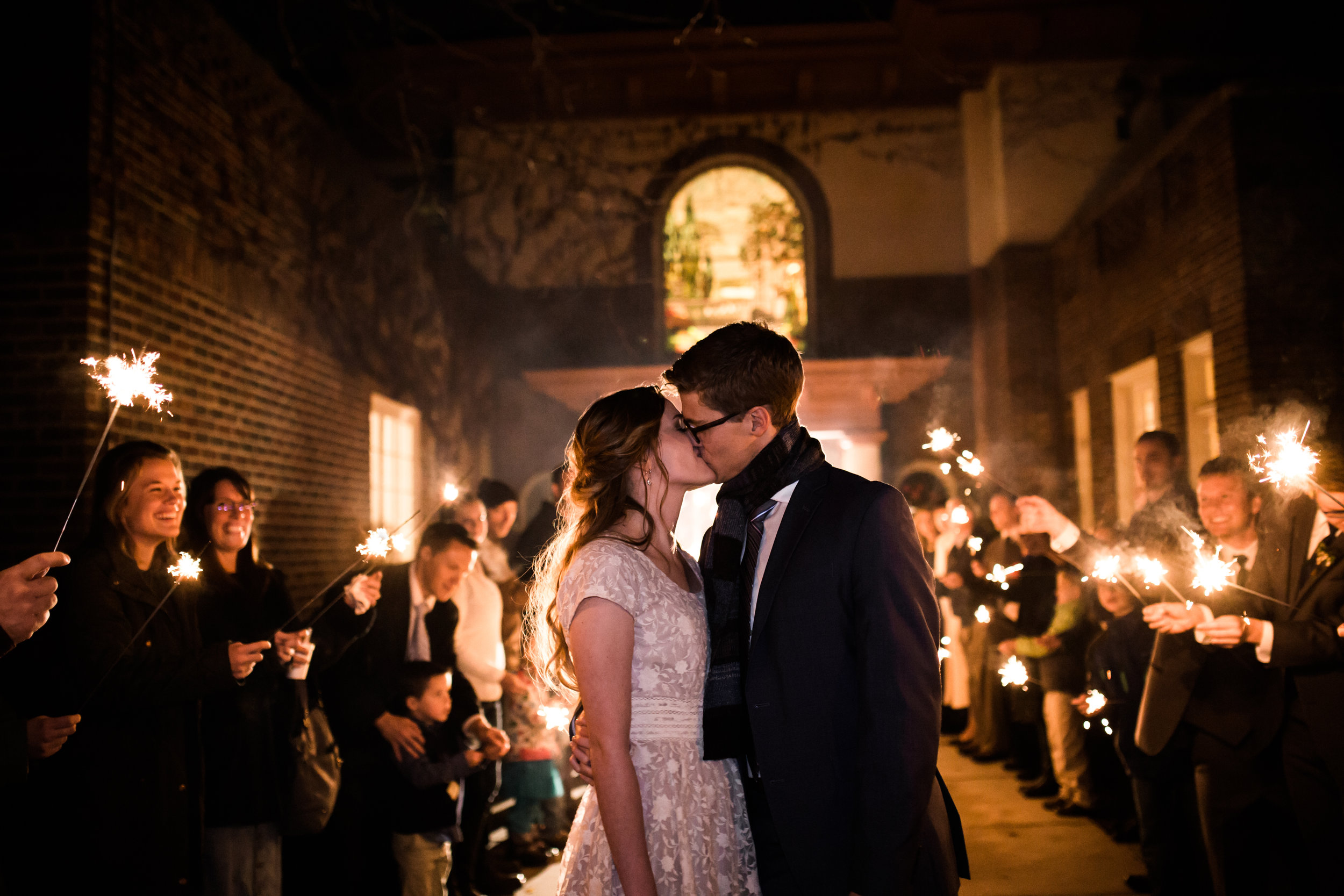 When I started, paying $400 (Canon T4i) for a camera was hard to swallow…. let alone paying $3,500 (Canon 5D Mark IV). Especially because I didn’t know if taking pictures was just going to be a fad or if it was something that I was going to stick to. Just know that the cameras I’m going to highlight are in the $400-$3,500 range. A regular point and shoot, sure they’re cheap, but you don’t have nearly the flexibility of a DSLR with interchangeable lenses.

After you know the answers to these questions, we can move on. I’m going to highlight 4 different Canon cameras (because I’m a Canon girl) and tell you what they’re good for and some of the features that I love about them. The prices listed are the prices for a new camera, B&H Photo Video priced (this is a VERY reputable site and I recommend buying from them, no I’m not affiliated with them in any way). Something you should probably know… Canon is like Apple. They really don’t ever do sales on their products, especially their high end equipment. If the new price is hard to swallow, buying used is a great way to go. I purchased my Canon T4i and my Canon 6D used at a huge discount.

(Click pink text headings for links to the cameras)

While I bought the Canon Rebel T4i, the Canon T5i is the newer version. I’m not sure that there is actually a huge difference between the two cameras. Either would be a great place to start. This is an excellent camera to start on that doesn’t break the bank and starts giving you the option to learn how to shoot in manual. Some things that you’ll love about this camera is that it’s a touch screen! The screen also pops out and swivels around giving you more ability to get creative. Link

This is great for someone who is not working on a professional level, is working with a budget, and wants something to take good pictures. Some of the down sides: it’s low light capabilities are garbage compared to pro gear. The highest you can bump up the ISO and still get a good photo is about 800. Anything higher than that just gets too grainy. It also does not have wifi capabilities.

This camera was great for my food photography and great for family photos in a controlled environment. If you aren’t sure where you’re going with your photography, this is a great place to start. If you’re a mom just wanting better photos, this is great for you. Same with travelers. The pictures below are of the T4i because that’s what I owned. Below it are some photos that I took with it. (I did NOT use the 18-55mm kit lens for any of these. They were all done with a 35mm 2.0 or a 35mm 1.4 lens) Note that the kit lenses will only work on crop sensor cameras. They won’t work on something like the 6D or the Mark IV. 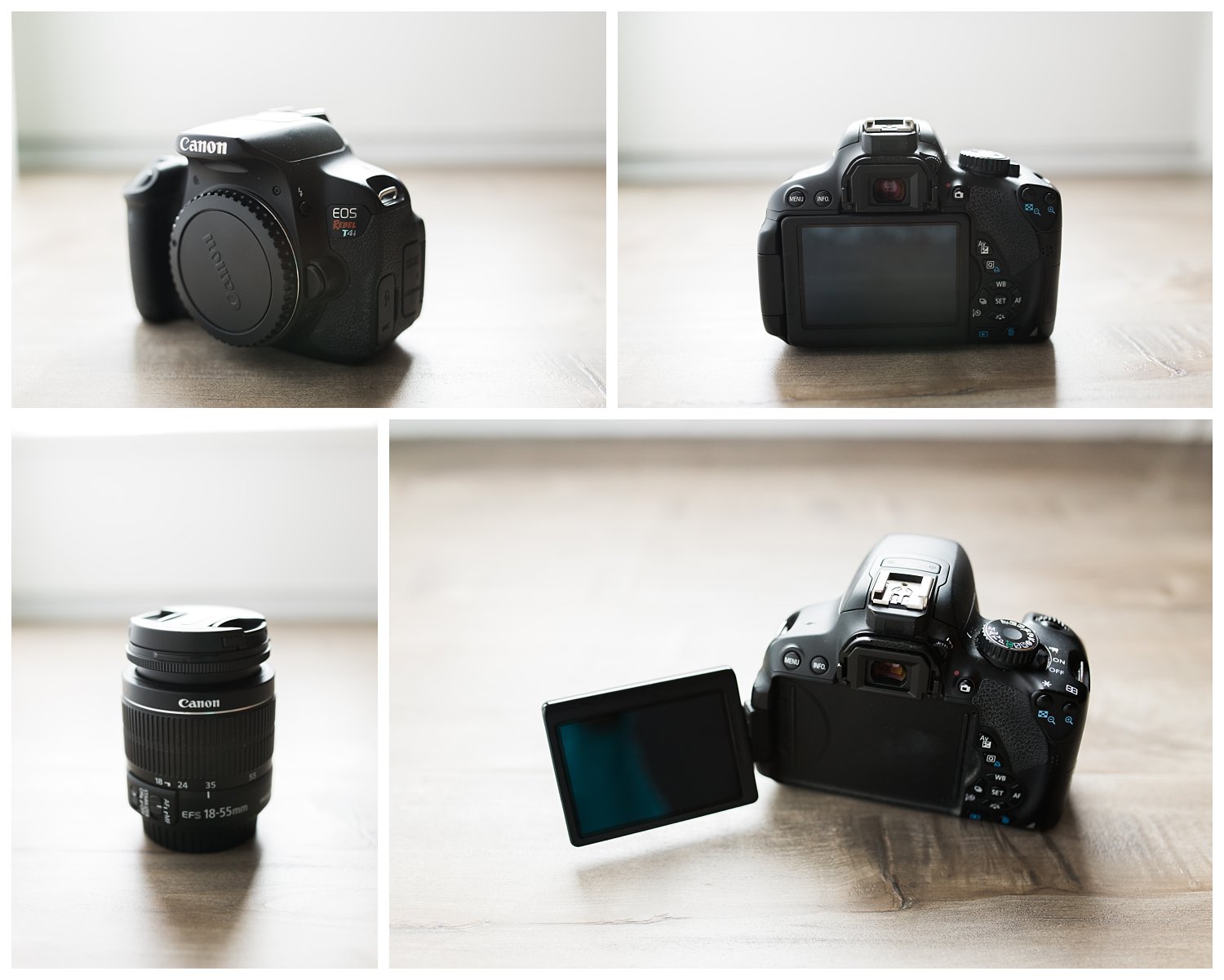 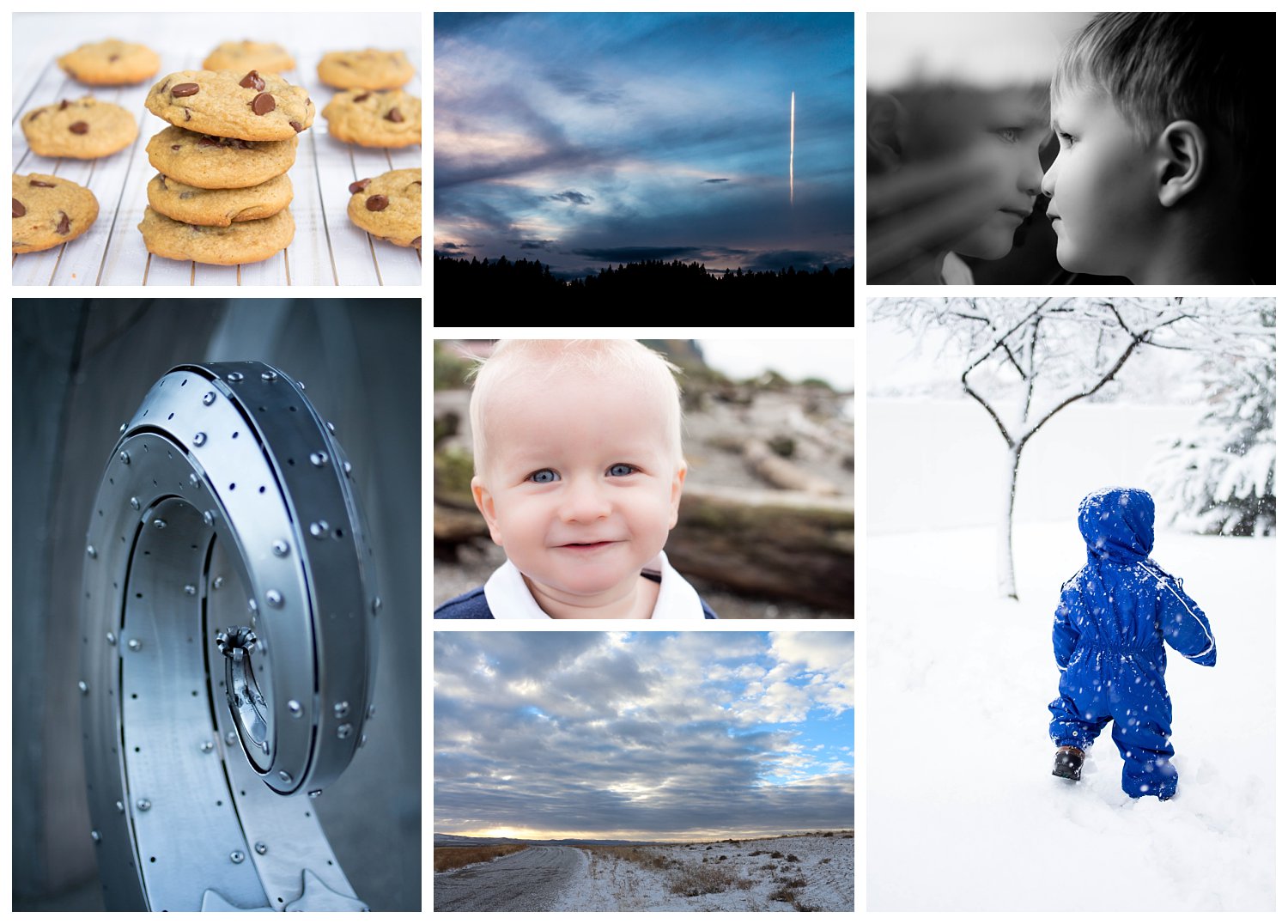 I never owned this camera so I don’t have any real hands on experience or photos from it. This is the next step up from the T5i and is all around a better camera. It’s a 20.2 megapixel camera opposed to 18.0 and has the touch swivel screen as well as wifi capabilities. This means that you can access photos from your camera on your phone as well as use your phone as another camera screen for taking photos. If I’m correct, you can dial in your custom kelvin for white balance (something you cannot do on the T5i) and this is a big step up. Auto white balance just doesn’t cut it sometimes.

This camera also has better low light, though it still pales in comparison to pro gear. If you are doing family photos or standard portraiture, this camera is great and will meet most of your needs. The 70D would also be a good travel camera. Overall, a good camera for an aspiring enthusiast!

This is about all that I can say about this one. If you can, spend a little more and get the Canon 6D.

This camera… It has been my best friend for the last two year. This camera is a full frame camera which takes the low light capabilities to a whole new level and for the price, you just can’t beat it. The vast majority of professional photographers are shooting on full frame cameras. A sensor that size is able to take in much more information which produces a much higher quality photograph. There are some sacrifices with this one though. While it maintains the wifi capabilities, it is not a touch screen and the screen doesn’t pop out. However, I’ll take that any day over poor low light abilities.

And please, if you buy this camera, know how to shoot in manual!!! You’ll never be able to maximize its capabilities if you’re shooting in some auto mode. 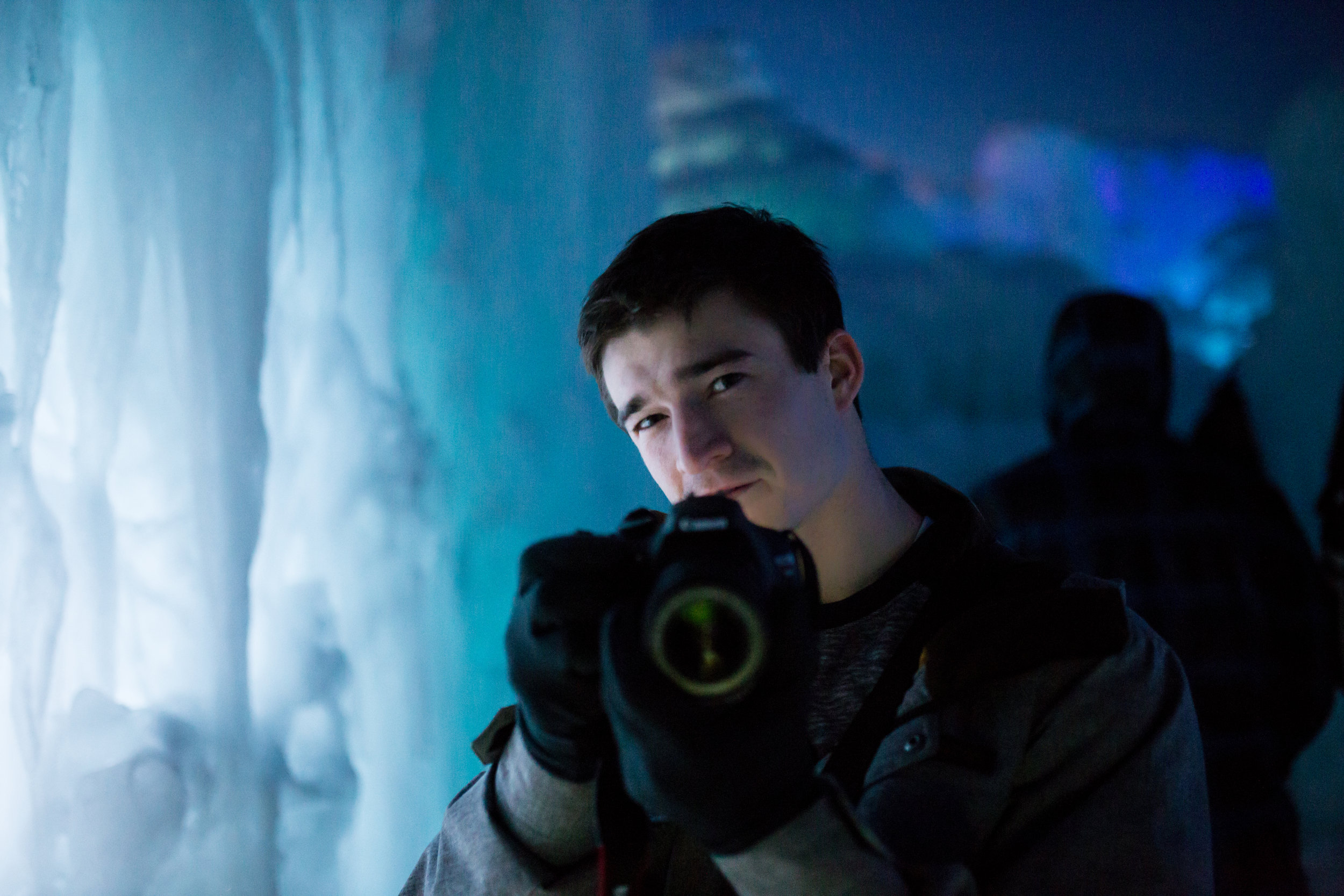 Honestly, I would have stuck it out with my T4i for a very long time if I hadn’t booked a wedding. If you’re shooting weddings, you should not be using anything other than a full frame. Receptions are so dark sometimes and blasting people with flash does not make beautiful photographs. And if you’re photographing births, you should probably have a full frame too for the same reasons.

And time for me to geek out! When I used the 6D for the first time, I pressed the shutter and instead of the wimpy ka-chink from the T4i, it was a manly ka-THUNK and I immediately started doing the Tim Allen “Ho Ho Ho” guttural throat sound. AHHH-MAZING.

If you’ve picked up a camera, and you can’t put it down. If you know that you’re in it for the long haul. If your budget won’t allow for the Mark IV, this is for you. I have absolutely NO regrets with this one. 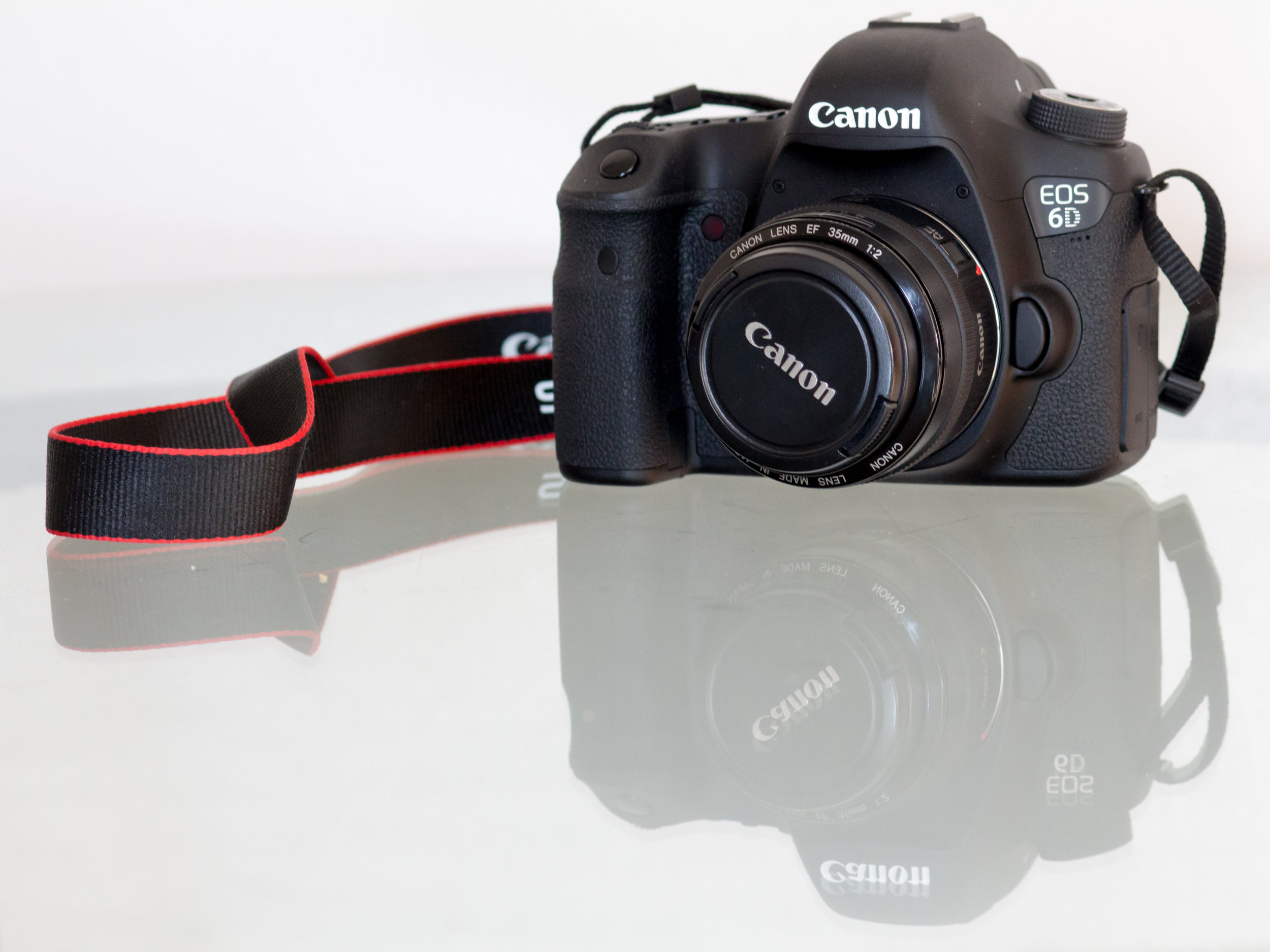 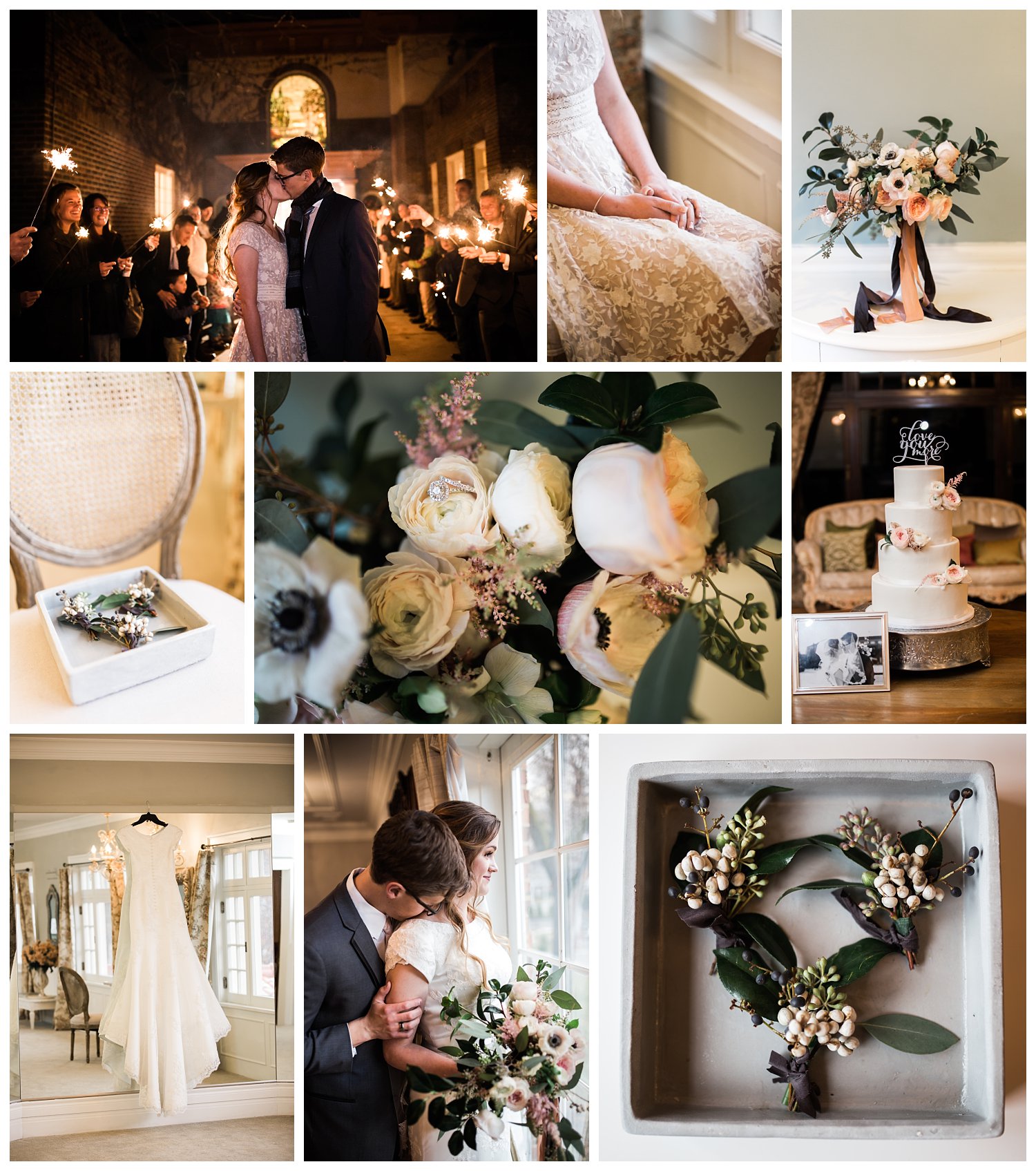 I will say this though. As I get more into the wedding industry, I’m finding that I need more. Hence, the 5D Mark IV comming up next!

If you were like me two years ago, you’d turn pale at the price tag and go buy the 6D. Yes. Don’t feel bad, it’s a hefty price. Some people just don’t have the luxury of footing that kind of bill at the beginning and that’s OK!! Buy the 6D and when you have the need and the money, upgrade to the Mark IV and keep the 6D as your backup.

THIS CAMERA. I hear it’s incredible. Still don’t have one in my hands, though it will arrive shortly!! It has more megapixels than the others (30.4 as opposed to 20.2 on the 6D) and has even better low light capabilities!! This camera also has a dual card reader which I find extremely important especially for births and weddings. There are some kinds of photography that you just can’t redo, such as births and weddings. If the memory card goes bad, as they sometimes do, you definitely want to have a backup and only the Mark IV offers that. It’s capable of writing to two memory cards at the same time. It also has a very advanced focal system and I’m told that it instantly grabs focus, even in really low light. I have to fight for focus on my 6D when it’s dark. People say that they’re able to keep more images because of the quick and accurate focusing. Plus, they brought back the touch screen!

If you are into photography as a career and you have the funds, buy this one. It will perform better in all scenarios.

If you’re anything like me, the camera isn’t going anywhere anytime soon and you just can’t put it down and someday, you’re going to want to upgrade. When trying to figure out what camera you should upgrade to, ask yourself “What is my current camera NOT doing for me??” Each time I’ve needed an upgrade it’s because my camera isn’t performing well enough in low light, the focus system isn’t advanced enough, and I need more image protection. Don’t upgrade just because you want something more professional, that’s just spending more money. Instead, figure out what exactly you need and what you aren’t getting.

Also, before you upgrade, look at the lenses in your bag. If you’re using the kit lenses, don’t upgrade the body. Upgrade the glass. Lenses make a world of a difference!! That’s why I specifically said that none of the photos were taken with kit lenses. Buy yourself a good 35mm 2.0 lens or a 50mm 1.4 lens before buying a new camera. A camera body is just a tool whereas the lenses are what gives you the ability to create art. Learn the language of lenses.

Comparison of all Cameras

In short, the price tag is going to reflect how well it performs in low light, how fast it can take photos, and how advanced the focusing system is. 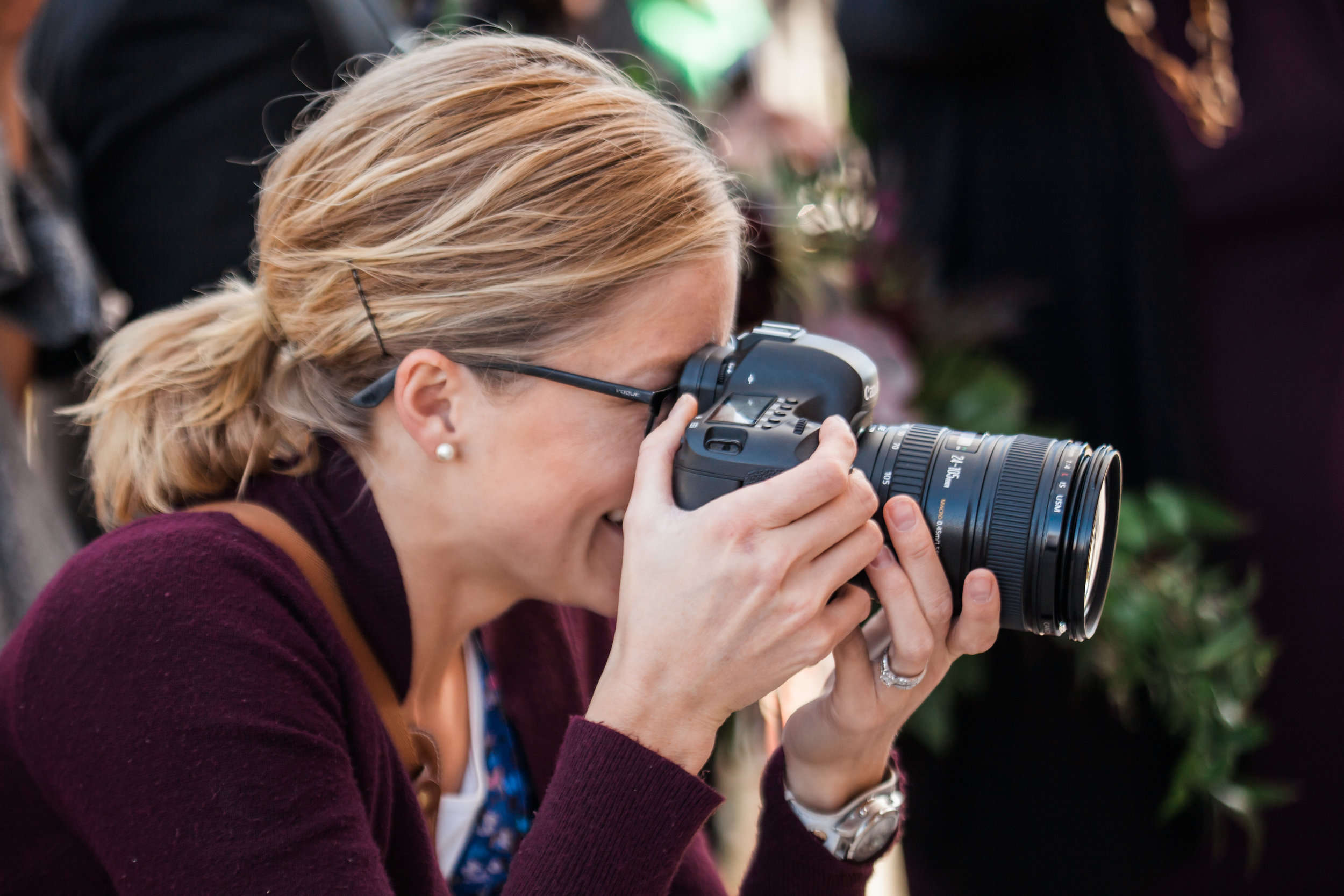